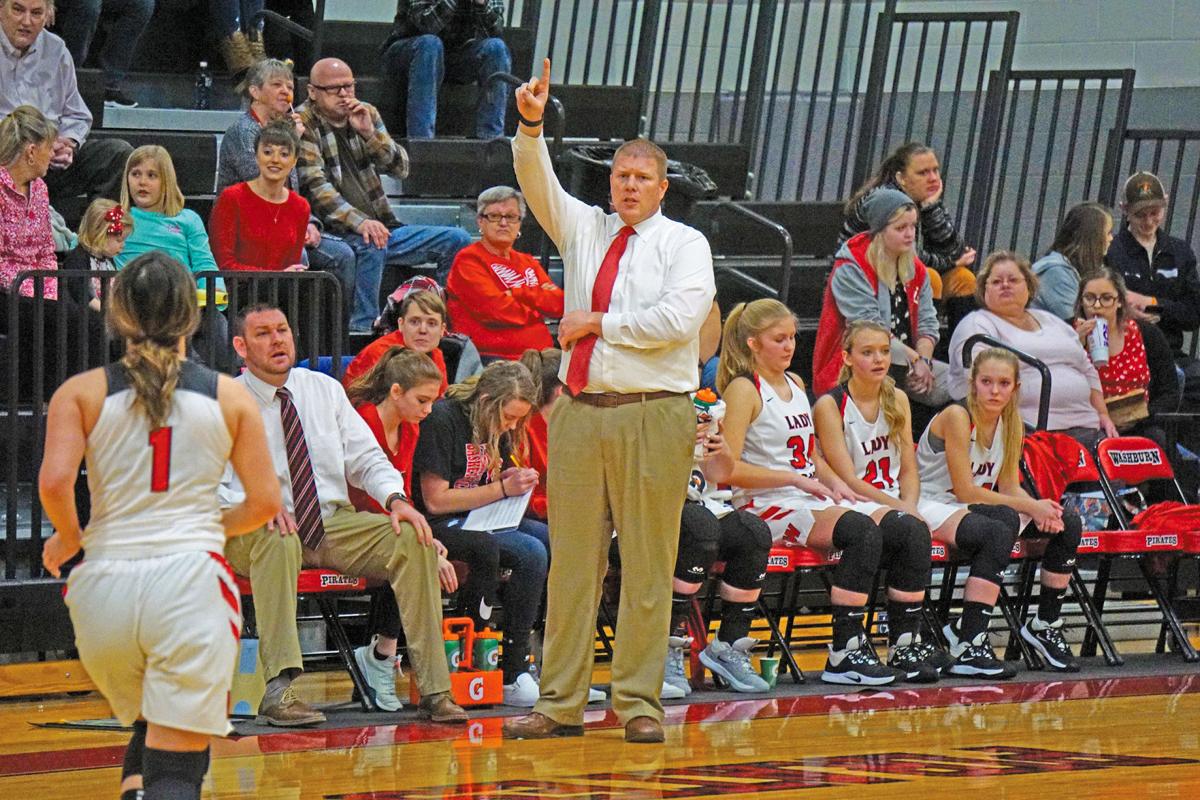 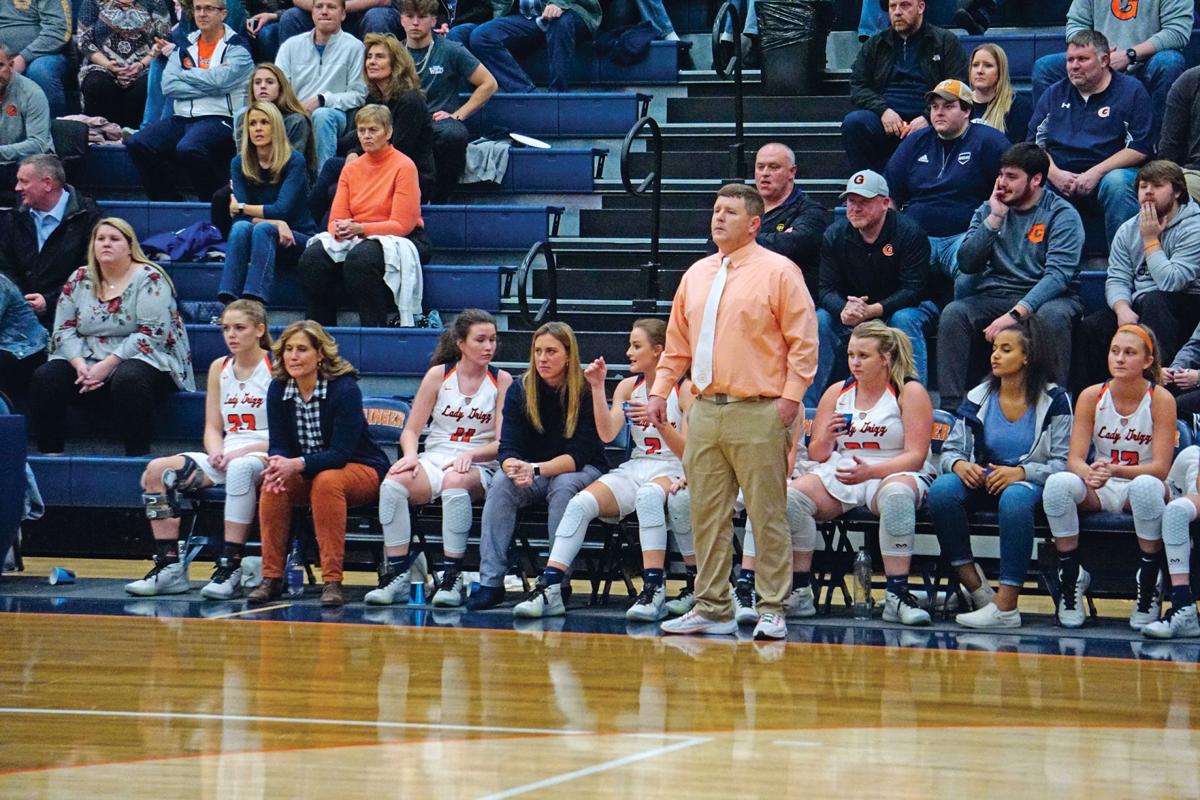 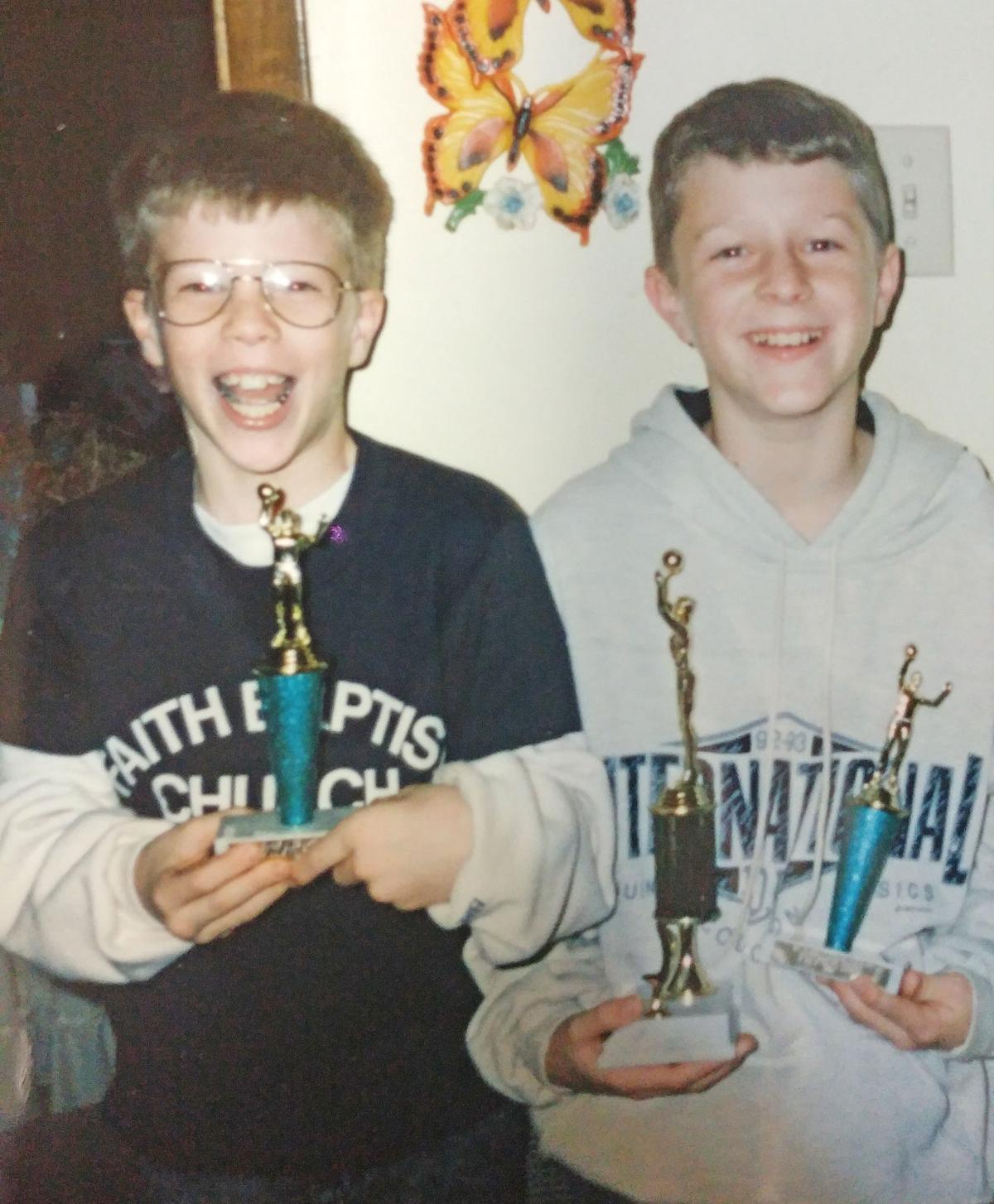 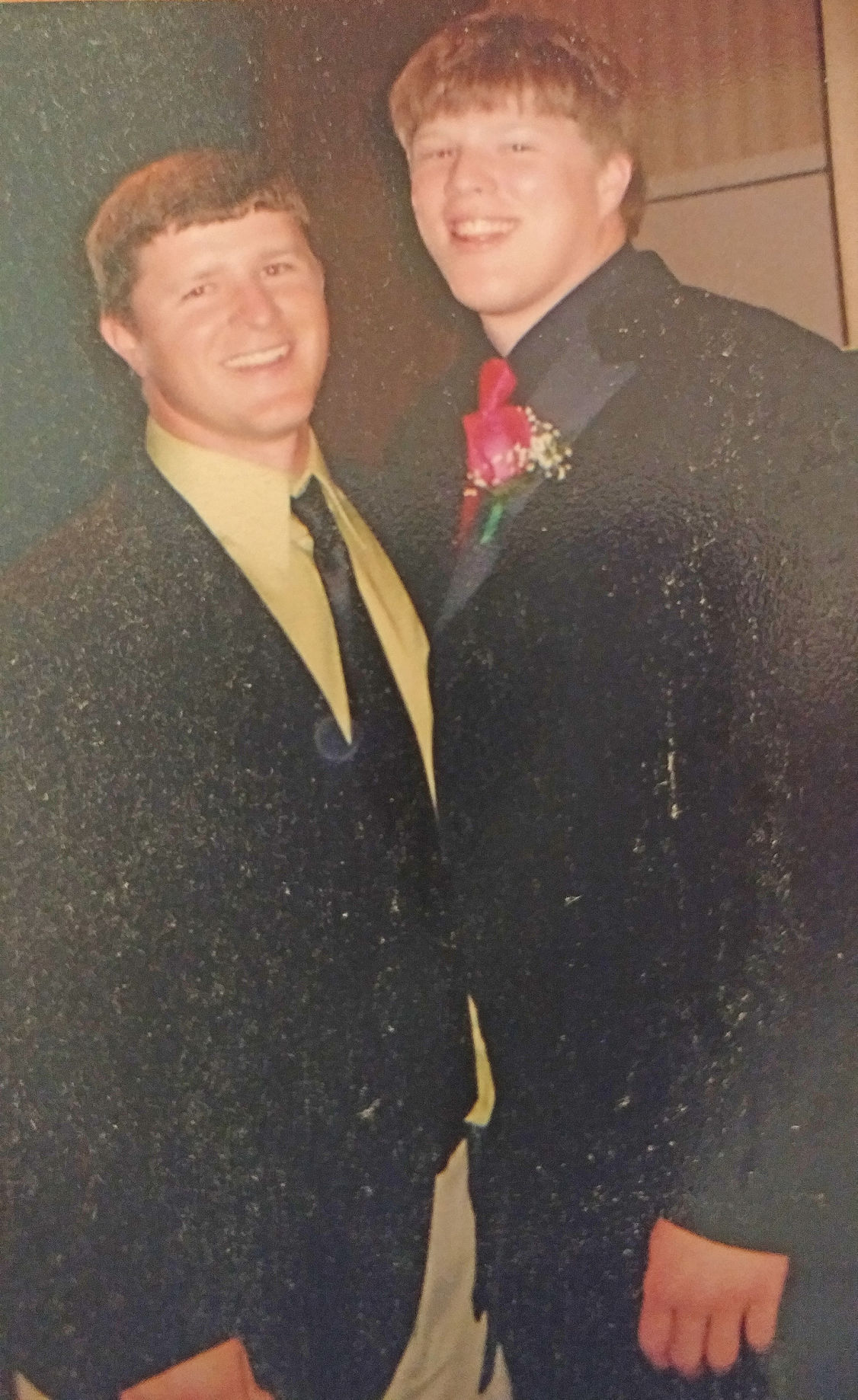 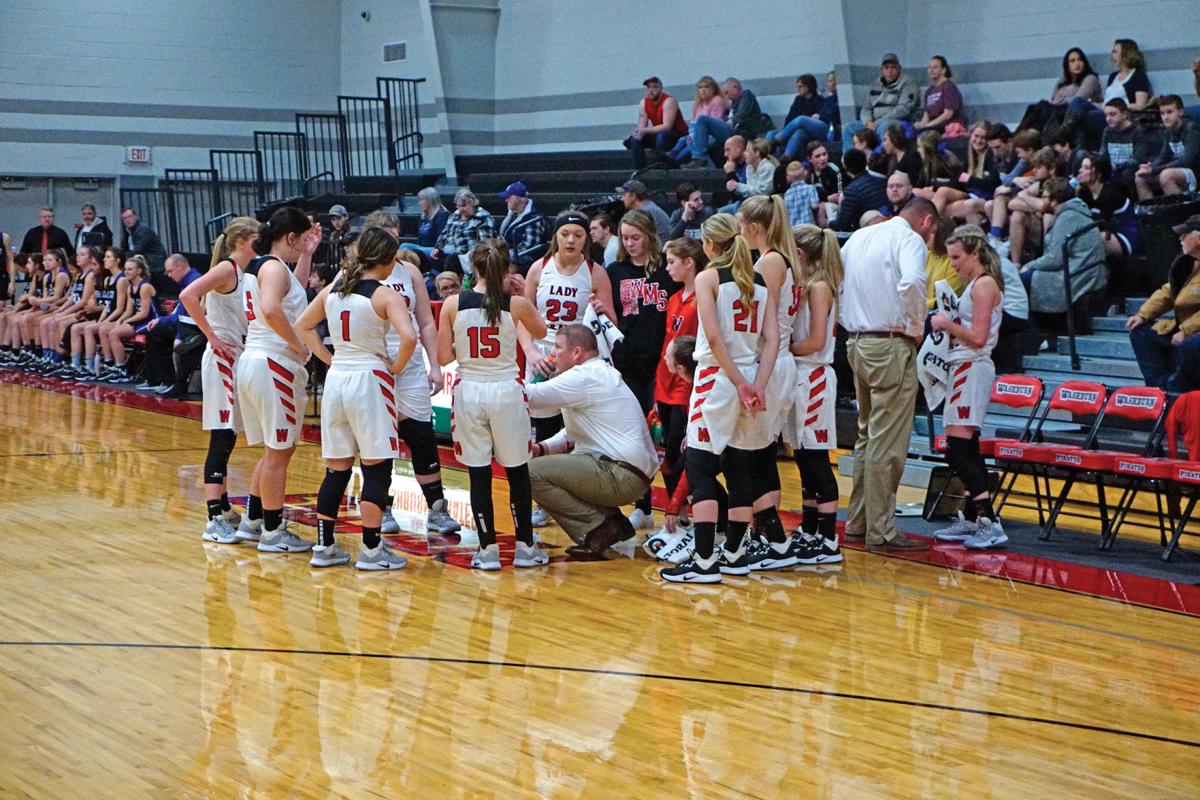 RUTLEDGE – When it comes to basketball coaching, Grainger County is in a unique situation. Probably nowhere else in the state are the high school programs in the district led by brothers.

Elder brother Rusty Bishop just completed his second year as head coach of the Grainger High Lady Grizzlies. He has coached his team to two straight appearances in the state tournament.

Daniel Bishop, three years his junior, is the head man for the Washburn Lady Pirates. Wrapped around a two-year teaching stint at Grainger High School, he has coached 10 years at Washburn. He also serves as the district’s safety coordinator.

Both achieved top coaching honors in their respective classifications for the season just ended. Rusty was named coach of the year in District 2AA. He also received that honor in 2019. The Lady Grizzlies won the regular season district title and the district tournament. They finished runners-up in the Region 1AA tournament and defeated Knoxville Carter to advance to Murfreesboro. He has also served as the school’s softball coach for the past 10 years. Before that, he was an assistant baseball coach.

Daniel shared the coach of the year award with Cosby Coach Cody Lewis in District 2A after the Lady Pirates finished the season with a record of 19-10 and third place in the district. He has won 139 games in his career.

Rusty fancied himself as a football coach early in his career. While pursuing his bachelor’s degree at Carson-Newman, he helped coach the team at Rutledge Elementary School. The last place he said he expected to be was on a basketball court. But the position suddenly opened up after then Coach Justin Combs resigned just before the 2018-19 season began.

“Because of the timing, we knew the hire would have to be within the county. I didn’t know a lot about basketball. I prayed about it and felt led, so I applied for the job,” he said.

He said he sought out his brother as a mentor.

“He has a lot of experience and I picked his brain.”

However, he downplayed his own role in the team’s successful two-year run.

“With all the talent we have, anybody could coach that team,” he said.

He also credited his staff, Teresa Phipps, Susan Thomas and Blake Lamb, with helping get the team prepared.

“They really help us getting prepared for games,” he said.

But the brothers’ coaching styles are a bit of a contrast. Daniel usually paces the sidelines, communicating with his players on the floor during games. Rusty, on the other hand, can usually be found standing at the baseline, watching intently. As the tournament season wore on, he became more vocal, exhorting his players to step it up.

“I believe in getting them prepared before games. Sometimes, you just need to get out of the way,” he said.

As for his style, Daniel said, “I like to think my players feed off the encouragement. I try not to get too high or too low.”

He also credits his staff for their contributions.

“Coach (Aaron) Clay has been a great help to me. I have stolen many plays and drills from him over the years,” he said.

He added that Clay is a great motivator, and said he often looks to him for advice during and after games. The other assistant is John Sewell, who also coaches the boys team.

“Coach Sewell helps us a great deal in practice by letting us get some work against his JV players. He also helps on the bench during games by seeing things I do not see at times,” he said.

Both approaches appear to have worked. The two brothers agreed, however, they do not do a lot of comparing notes.

“We talk some when we are playing golf, but we don’t try to influence each other,” Daniel said.

They concede that they were very competitive growing up, no matter the sport.

“We played just about everything, whatever the season was. Whoever lost, there might have been a fight,” Daniel joked.

They even built a golf course in their backyard. Daniel said they would draw a target on a tree and try to hit it. But he said a couple of broken windows ended that endeavor. As adults, the golf course is their primary competitive outlet.

Each has high praise for the other, as coaches and as brothers.

“We’ve always tried to find ways to compete, but we were each other’s biggest fan,” Rusty said.

Their mother, Karen McNish, recalls their competitive nature when they were growing up. She said she sometimes wishes those days would return.

“Sometimes, I wish they were little boys again,” she said.

She fondly members fall afternoons when they were both in grade school.

“They would come home and put on their football uniforms and go out and play football in the backyard,” she said.

Because of the age difference, they never played on the same organized teams. That led to some logistical problems.

“I felt like a taxi driver at times, taking one to one place and the other to another place,” she said.

She also has memories of their golf course and she has the damaged trees as evidence.

“There are a lot of stunted trees where they were hit with golf balls and baseballs.”

She also confirmed that Daniel broke out a bedroom window with a golf ball. That was the end of the golf course.

McNish said she realized early on both boys leaned toward coaching careers. But for all their success, Mom is most proud of how they have developed as men.

“I can’t be any prouder of them. They are both great husbands and they are Christians and their wives support them,” she said.

Daniel is a deacon at Barnard’s Grove Baptist Church in Bean Station. McNish said when he was ordained, his players attended the service as a team.

“That speaks highly of him as a coach,” she said.

She also wanted to quell a rumor that she favors one brother over the other. Since both coaches occasionally have home games on the same night, she must choose which game to attend. Rusty sometimes jokes that she likes Daniel more than him.  Not surprisingly, she scoffs at that notion.

“They do that all the time. But I’m fair to both,” she said.