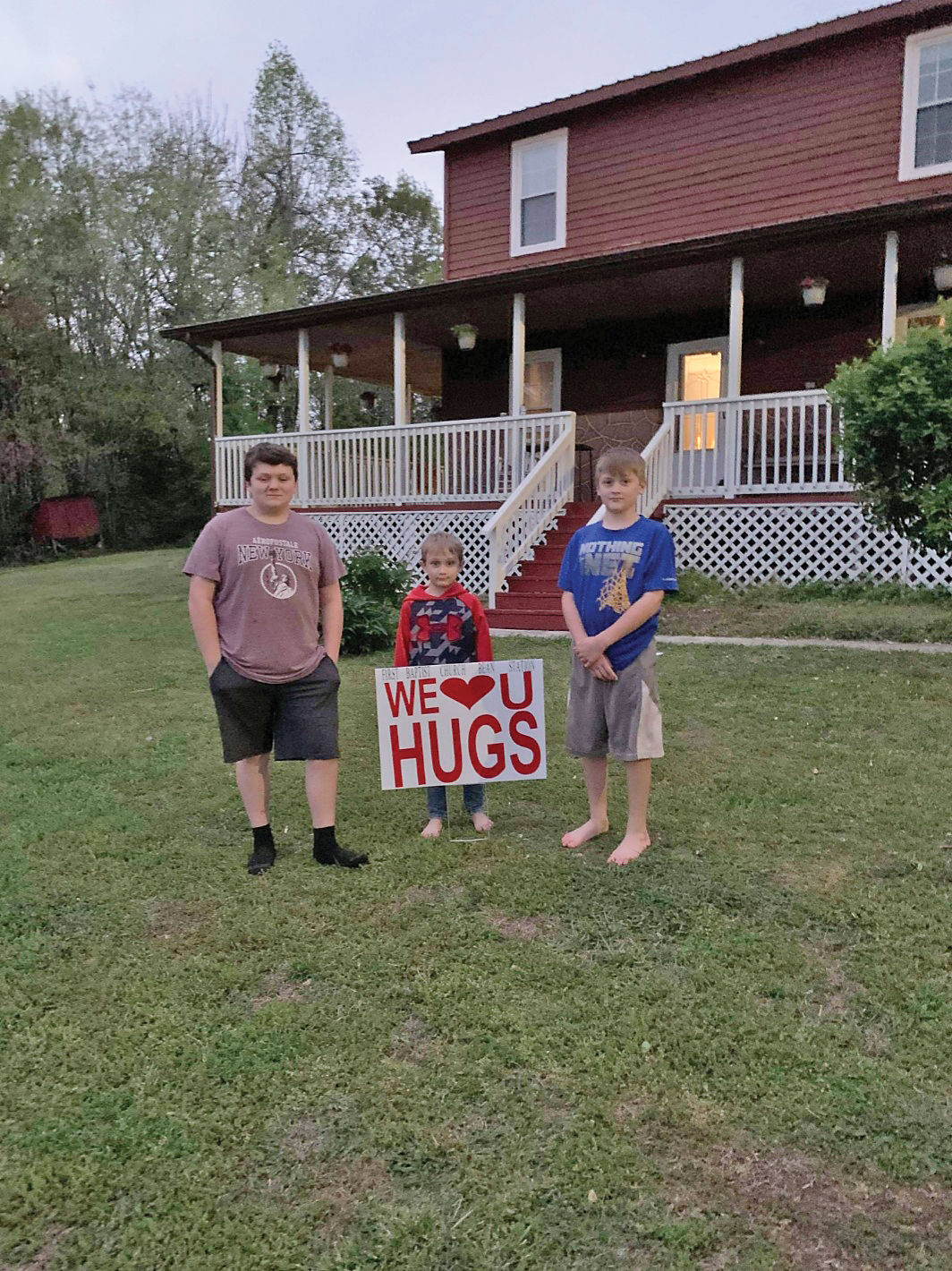 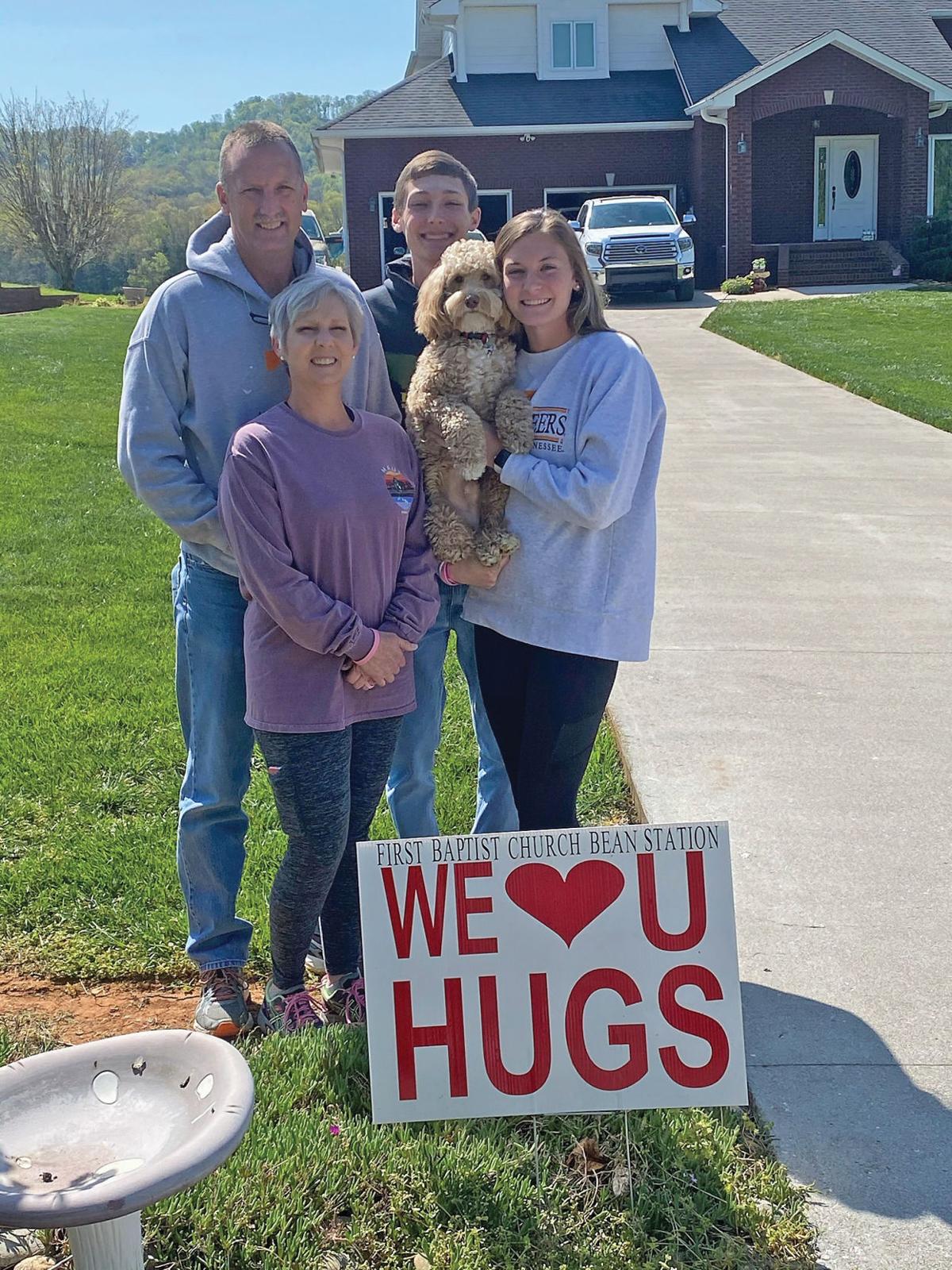 RUTLEDGE – What began as a way to help the elders of First Baptist Church Bean Station during the COVID-19 pandemic, became a journey to widely spread love.

Church member and Bean Station resident Connie Sloane said Bean Station Police Chief John McMurray, who is also a member of the church, messaged a few members to check in with the elderly members of First Baptist Church Bean Station. Sloane said she agreed to call the members weekly to see if they needed food or medicine.

After the first week of calls, she decided to make a batch of lemon cheesecakes and white chocolate-raspberry bundt cakes for members. She said she left wrapped, individual slices on the members’ porches, called them and waved a sign she made reading, “We love you. Hugs.”

When she arrived at church member James Couch’s home, he wanted to keep the sign.

“He didn’t care too much about the cake. He wanted to keep the sign,” said Sloane.

She didn’t leave the sign with Couch. Sloane said as she left his home, she thought it would be a good idea to make a few signs to leave in peoples’ yards to let them know they were being thought about, they were loved and receiving prayer.

She said she called McMurray that evening to discuss the idea. He made the decision to purchase four signs from Clinch Mountain Printing. Sloane wrote First Baptist Church Bean Station on the signs and asked members to sign the back of the signs and pass them along.

While passing the signs began with elderly members, it has extended to every member of the church. There are now eight signs in total being passed around. Sloane said the signs have helped the members cope with struggles, including isolation

“Death has entered some of our members’ homes, and it’s hard for them struggling with the deaths they’ve been through and not being able to have, really, the church support,” said Sloane.

The signs are expected to be passed from house to house until the first Sunday church members get to reunite after the quarantine ends. Sloane asked that each sign be brought back to First Baptist Church Bean Station for the first service to display along the sidewalk for all to see the hugs exchanged. She said even if the signs make it to the home of someone who is not a member of the church, it is fine. She asked that if anyone receives one of the signs to pass it along to the next home.

Sloane encouraged others to support each other through the pandemic and to remember to pray for one another.

“Trust in God, and He will carry us through anything,” said Sloane.

She expressed her love and thanks to her church family.

Anyone who would like more information about First Baptist Church Bean Station can call (865) 767-3236 or visit its Facebook page. Pastor Derek Drummonds welcomes everyone to attend online or drive-in services.