The Double-crested Cormorant could easily be described as an “odd duck.” While the bird isn’t a duck, it swims on top of the water in a similar manner. That is, unless it is swimming with its body submerged underwater and only its neck and head above the water, at first glance appearing like a snake. Or, when it dives beneath the water, disappearing from view for up to a minute and reappearing in another area of the water.

Sometimes called a water turkey or snake bird, the Tennessee Wildlife Resource Agency (TWRA) considers the Double-crested Cormorant an uncommon migrant and winter resident in East Tennessee, although it states the bird’s population is increasing rapidly. The bird is the most widespread cormorant in North America, and is the only one found in large numbers inland. It often nests in colonies with herons and egrets.

Adult birds have black plumage and an orange-yellow patch of skin at the base of their hooked bill, and turquoise eyes. They grow to a length of about 33 inches, with a wingspan of about 52 inches and weigh about 3.7 pounds.

The birds dive underwater to forage for fish and other aquatic vertebrates and invertebrates. They can dive up to 24 feet underwater, staying below for 30 seconds to more than a minute in search of fish.

According to TWRA, the bird disappeared as a nesting species in Tennessee between 1955 and 1992. It is thought its disappearance was due to eggshell thinning caused by DDT.

Many Double-crested Cormorants can be found on Cherokee Lake. They nest in various locations, building nests on the ground, cliff edges, in trees and shrubs and on structures. The nests are bulky, constructed of sticks and other materials, including junk such as pieces of rope, fishnet and other debris.

Both parents provide incubation for three to four eggs and provide feeding for the nestlings. The birds produce one brood a year. Eggs are incubated between 25 and 29 days. Nests are often exposed to direct sunlight, and the adult birds provide shade for chicks and bring them water, pouring it into the chicks’ mouths. Young birds may leave the nest after three to four weeks to wander throughout the colony, but return to the nest for feeding. At four to five weeks old, young Double-crested Cormorants will fly. They become independent at about nine to 10 weeks old.

The birds must stretch out their wings to dry them after diving, because their feathers are not waterproof. The feathers absorb water, which helps the birds dive by providing extra weight and reducing buoyancy as they dive for fish. The birds use their webbed feet, and sometimes their wings, to help propel them underwater. They catch fish in their bill and then return to the surface, where they flip the fish into the air and catch it, swallowing it head-first.

According to TWRA, the Double-crested Cormorant’s population has recovered so well following its decline from 1955 to 1992, they are being blamed for declines in sport fisheries, devastating fish farms and denuding nesting sites. 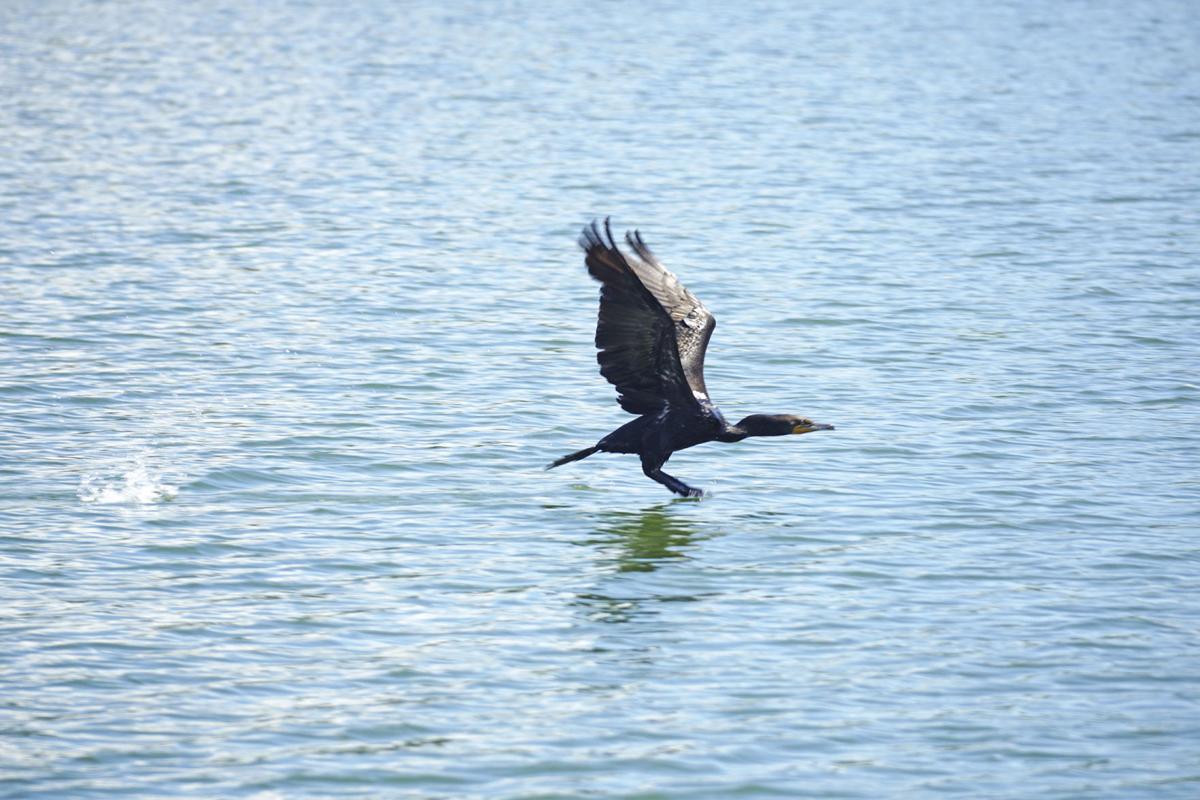 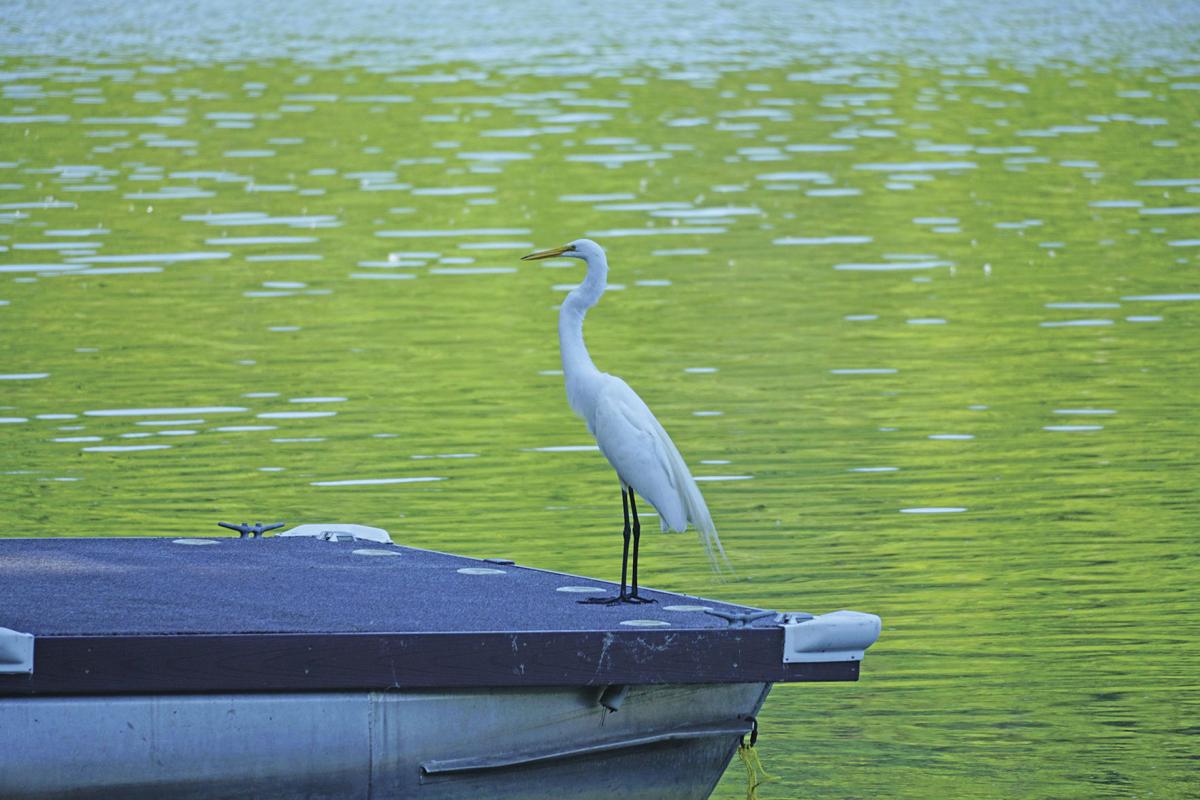 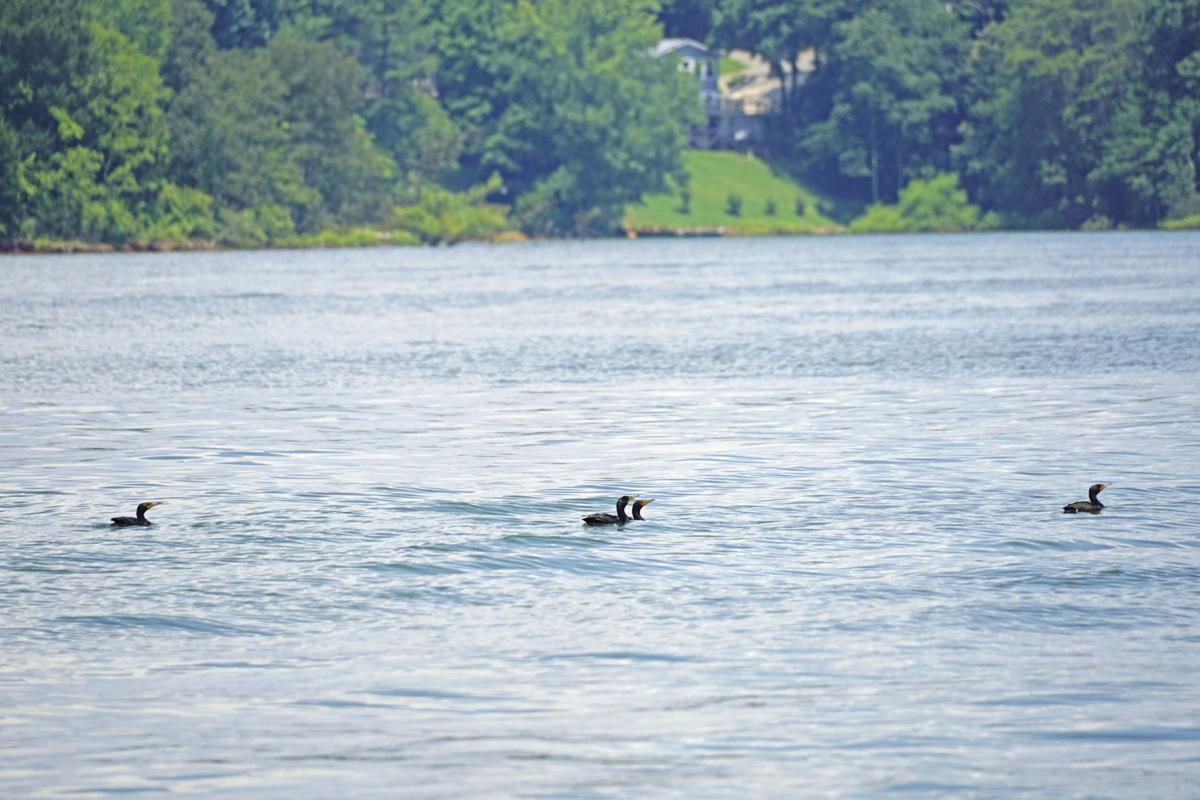 Those interested in observing the Double-crested Cormorant can find the bird in many areas of Cherokee lake. A colony of the birds is located on an island near Gilmore Dock, commonly known as “Bird Island.”