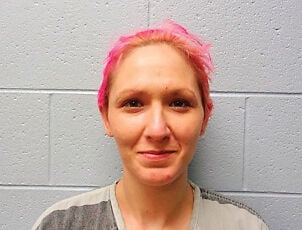 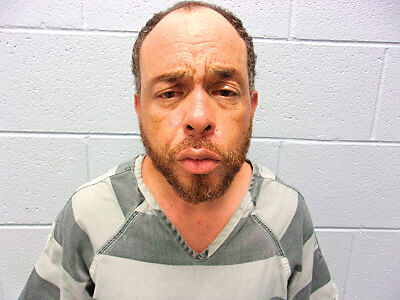 BEAN STATION – A Rutledge man and a Knoxville woman were arrested for drug charges, among other allegations, after failing to change lanes for an officer Thursday, June 3.

According to a report filed by Grainger County Sheriff’s Department Deputy Jerry Collins, Oscar Charles Villian Jackson, 42, was driving a green Mercury Grand Marquis with Bethann Nicole Miller, 31, and reportedly failed to change lanes and slow down for Collins, who was conducting a traffic stop on Hwy. 11W at Old Blue Springs Rd. Collins pursued the vehicle and stopped it on Hwy. 11W at Smith Drug Store.

Jackson provided his identification to Collins. Dispatch confirmed Jackson’s license was invalid and his car was uninsured. Dispatch also confirmed Jackson had an arrest warrant for failure to appear for driving on a suspended license in Knox County.

Collins reported an odor similar to marijuana was coming from the vehicle. Jackson was arrested and reportedly consented to a search of his vehicle. He reportedly told officers there was nothing illegal in the car.

Miller, who identified herself as Knoxville resident Dennie Shaver, was asked to step out of the vehicle during the search.

Both the driver and the passenger were reportedly in possession of illegal substances and arrested.

Miller’s identity was revealed Friday, June 4 after a phone call was made informing police she had been booked under the wrong name. Police were informed Miller was reportedly wanted in Florida. Miller confirmed her identity and reportedly said she had used a friend’s name to keep from going back to Florida, which had full extradition for her arrest. She had reportedly stolen Shaver’s driver’s license from her vehicle in Knox County. Shaver was informed her identity had been used without her consent and her driver’s license was returned.