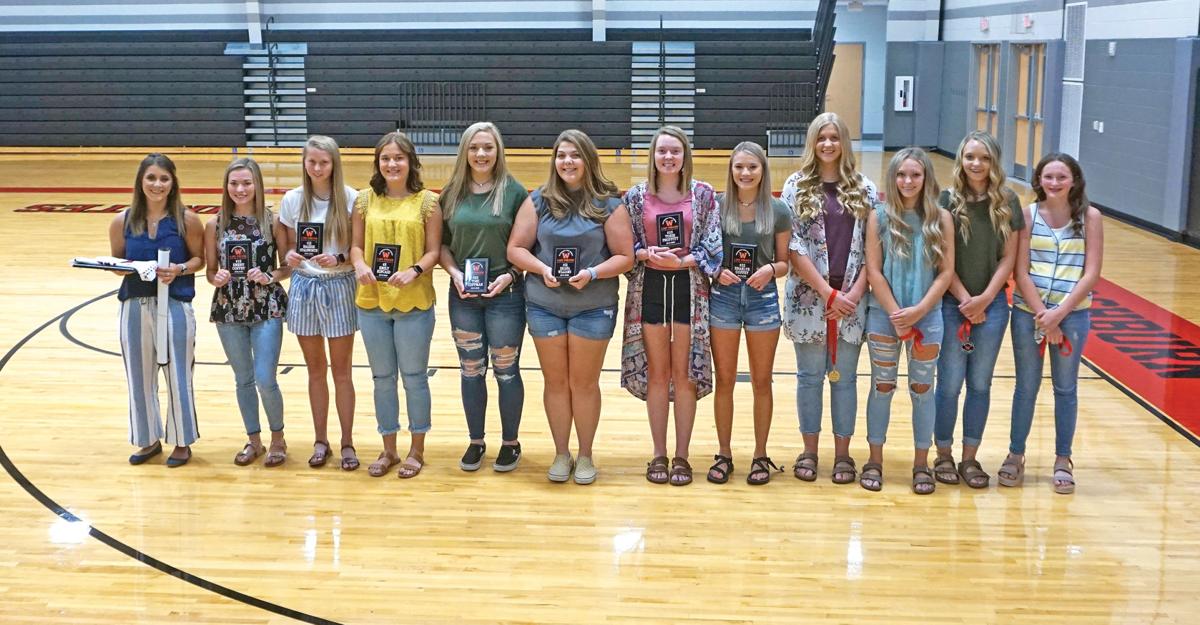 WASHBURN – The Lady Pirates not only had a successful season on the court, they excelled in the classroom as well.

Coach Daniel Bishop recognized their accomplishments during the team’s informal banquet in the school gym Thursday, June 18. He said the team had a cumulative GPA of 94.21, the equivalent of an A average for the school year that was shortened by COVID-19. The leaders in each class were Braelyn Coffey, freshman; Tori Coffman, sophomore; Emily Kincaid, junior; and Ruthie Tolliver, senior.

Bishop noted season highlights that included a 19-10 record, making the Region 1A tournament and beating Greenback for the first time in school history. Coffman and Braelyn Coffey were named to the 2A All-District team for the regular season. Tolliver, Emery Coffey and Haleigh Stalsworth made honorable mention.

He said he is excited about the upcoming season because only one starter, Toliver, graduated. He said a strong eighth grade class is moving up to give the team added depth.

The Pirates held their banquet Saturday, June 20, recognizing players for their academic and athletic achievements. The team advanced to the Region 1A tournament and also beat Greenback three times.

Coffey was named the winner of the Thoroughbred Award for the third straight year. Dalton was the most improved player.

Get to know the Wisconsin Badgers' 2020 football recruiting class